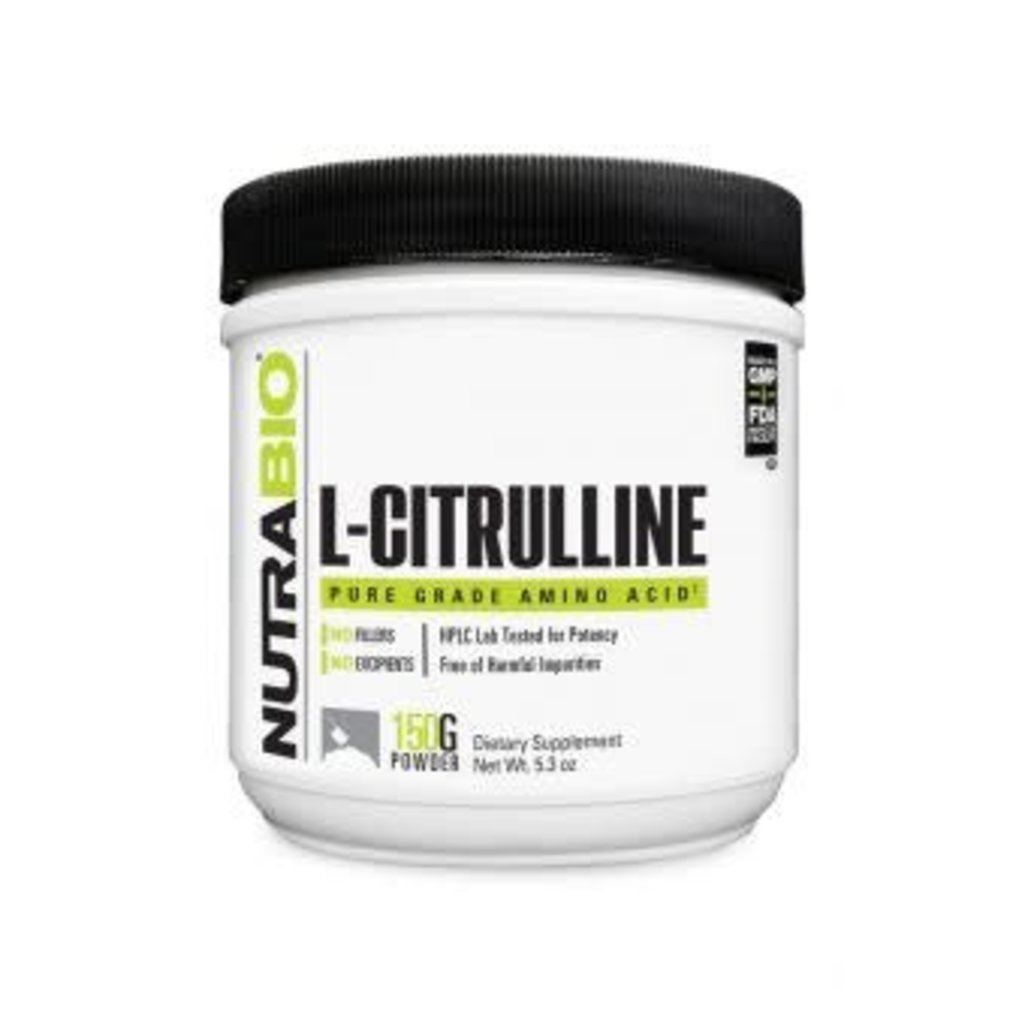 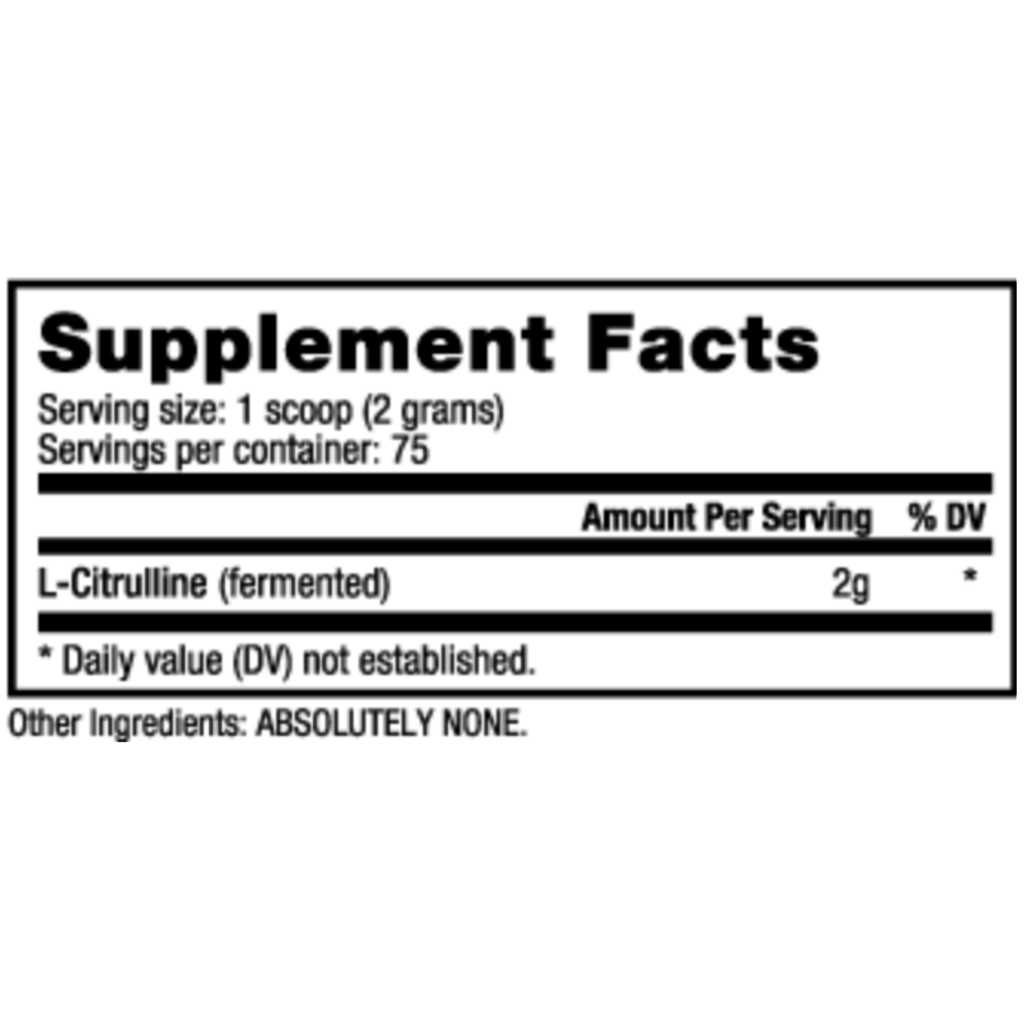 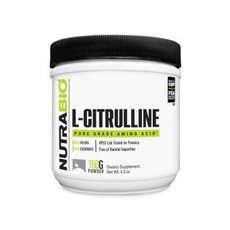 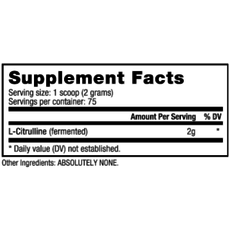 L-Citrulline is an amino acid that has numerous health and athletic performance benefits.

During the past decade research on L-Citrulline has shown it plays an important role in nitric oxide production, vascular health, muscle protein synthesis, ammonia elimination, and immune function. *

L-Citrulline is converted to L-Arginine in the body to support L-Arginine and nitric oxide levels. Increased production of nitric oxide promotes vascular dilation which improves oxygen and blood circulation throughout the body. L-Citrulline can also improve heart health by increasing the strength of arteries. *

L-Citrulline also relieves muscle fatigue through ammonia elimination. L-Citrulline helps to rid the body of ammonia, a toxic byproduct of protein metabolism and provides a readily available substrate for arginine production. L-Citrulline is involved in the formation of urea in the liver which plays an important part in the removal of waste created by the digestion, absorption, and metabolism of proteins.

Direction: As a dietary supplement, take 1-3 servings with your favorite beverage daily, or as directed by your physician.