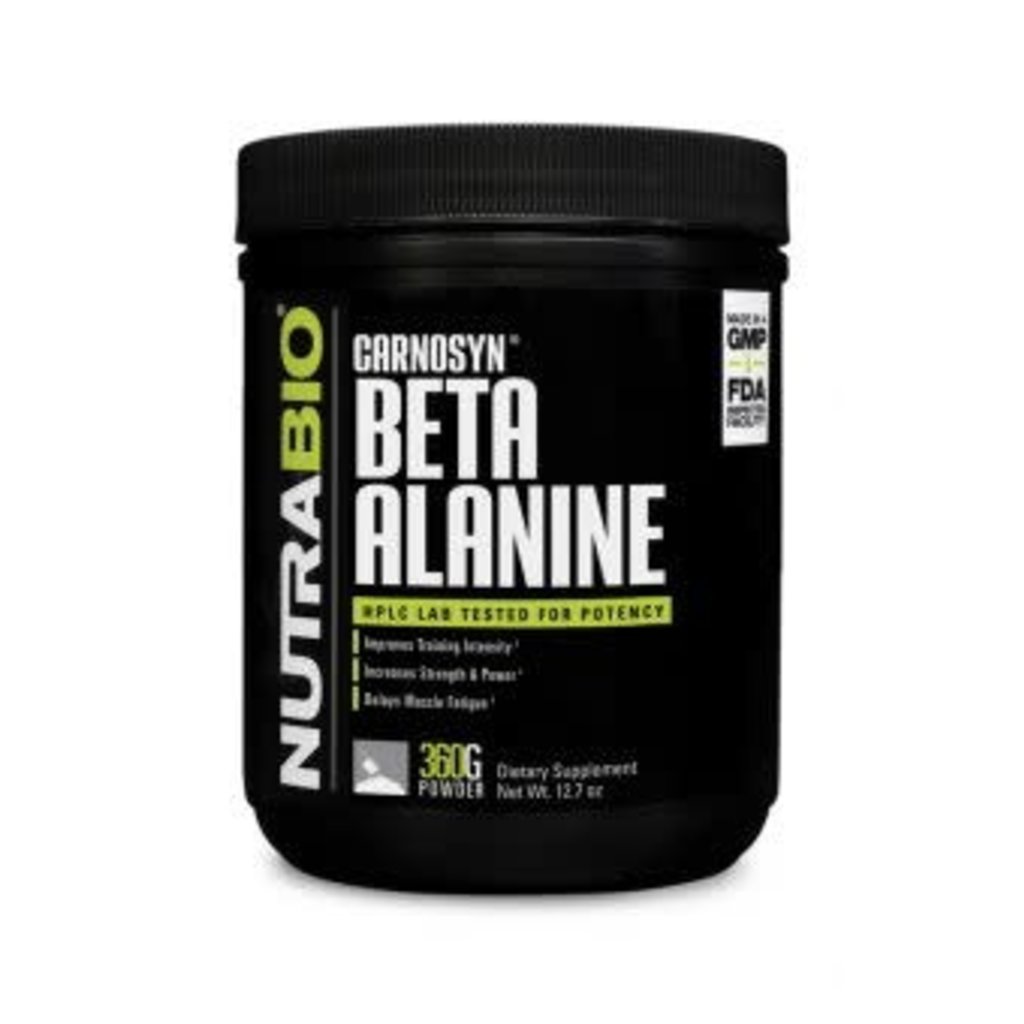 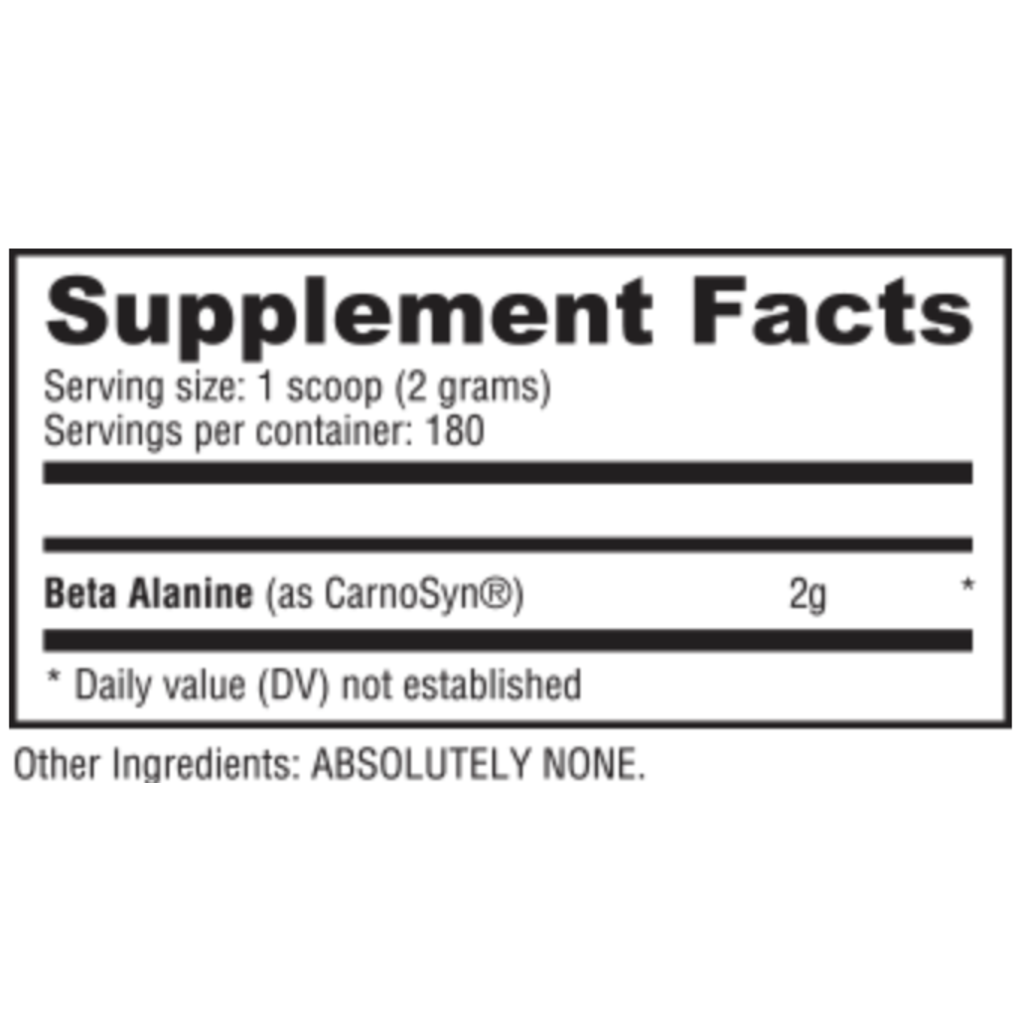 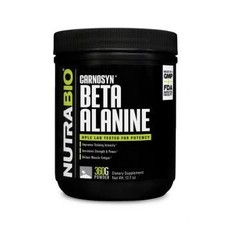 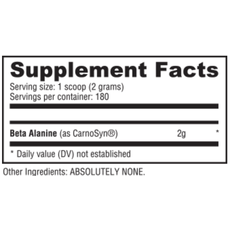 Beta-Alanine is a lactic acid buffer that increases training capacity giving you the ability to train harder and longer. Weight training and athletic activities cause your body to produce lactic acid. This causes muscle pH to drop and become more acidic due to the large amount of hydrogen ions produced. As muscle pH drops, your muscle's ability to perform at its peak level decreases. Beta Alanine works by increasing muscle carnosine levels, which in turn, works as a muscle buffer by soaking up these extra hydrogen ions. In scientific studies, beta Alanine has been shown to increase strength, power output, endurance, exercise capacity, muscle mass, and delay the onset of neuromuscular fatigue. Beta Alanine is perfect for anyone who practices a sport where strength, power and endurance are needed.

Beta-Alanine increases intra-muscular Carnosine concentrations, thereby improving working capacity and performance by up to 20%. Scientific research has demonstrated that Beta-Alanine taken with creatine monohydrate produced additional synergistic effects, including fat free mass gain, increased strength and increased body fat reductions. Beta alanine will give you a more effective workout and is the great addition to your supplement regimen.

Much of Beta-Alanine beneficial effects come through increasing the synthesis of carnosine, a powerful intracellular buffer. Carnosine is found in both type 1 and type 2 muscle fibers, though in significantly higher concentrations in type 2 fibers (the fibers we use in high intensity strength workouts and which are most responsive to growth). To function effectively, muscle cells rely on buffers like carnosine to avoid becoming acidic (low pH) during exercise. In order for muscles to remain strong and maintain powerful contractions, they need to be in an optimal pH range. If the pH drops below that optimal level your muscles will have significantly less strength and will fatigue more quickly.

You know the pH is dropping when you feel that familiar lactic acid burn in your muscles. Lactic acid builds up largely as a result of an increase in hydrogen ions which build up when you exercise. Beta-Alanine helps to increase carnosine which acts to buffer lactic acid and return pH level within muscle cells back to optimum levels.

Directions: As a dietary supplement, take 1-2 servings mixed with 16oz of your favorite beverage 20-30 minutes prior to exercise and again immediately after exercise. Take twice daily between meals on non-training days as well. Begin with 1 serving (2G) twice daily to assess your tolerance as beta-alanine may cause a tingling or sensory sensation on your skin for some users. With continued use, the intensity of the sensation will decrease or disappear. As you become accustomed to the feeling, increase your dosage to 2 servings (4g) Do not add to products already containing Beta-Alanine.